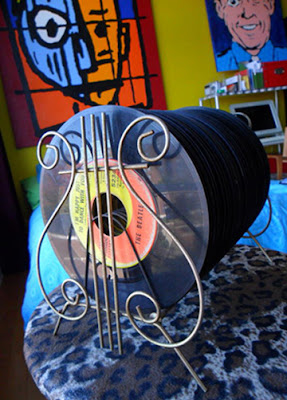 When I was a kid I played my sister's 45s (shown here) and LPs. They collected 45s from 1963-1966. Most of them were by The Beatles, The Dave Clark Five and other British Invasion groups. I played these records long after their heyday. Now with YouTube, I'm able to see tv performances of these groups and it's such a gas. I love all kinds of music but have a special affinity for this era. Shake it but don't break it!
Some of the other records they had: The Supremes, Sam the Sham and the Pharaohs, Peter and Gordon, Chad and Jeremy, The Four Seasons, Diane Renay, The Searchers, Jimmy Gilmer and the Fireballs, Gary Lewis and the Playboys, ? and the Mysterians, The Chartbusters, Ronny and the Daytonas, The Shangri-las, The Beach Boys, Bobby Rydell, Trini Lopez, J. Frank Wilson and the Cavaliers, The Mamas and the Papas, The Association, The Electric Prunes, The Young Rascals, Glen Campbell, Sonny and Cher, Roy Orbison, Lou Christie, The Jefferson Airplane, The Fifth Dimension and Sly and the Family Stone. 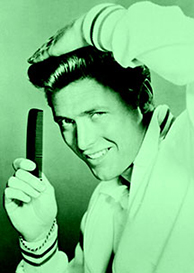